Labor Code Section 226.8 Extends Liability to Any Employer Who is Aware That a Co-Employer Has Willfully Misclassified Their Joint Employees and Fails to Remedy the Misclassification, But the Section Does Not Confer a Private Right of Action. 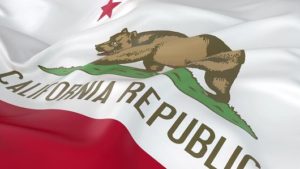 Four vendors filed a class action for failure to pay minimum wage, derivative claims of failure to provide accurate wage statements or keep accurate payroll records as well as waiting time penalties, and recovery under Labor Code section 226.8, which provides in relevant part, “It is unlawful for any person or employer to engage in…Willful misclassification of an individual as an independent contractor.”

Plaintiffs alleged AEG, Levy, and Canvas were joint employers and that liability under Section 226.8 should be extended to any employer who “engaged” in the act of willful misclassification, and that awareness of the conduct of another joint employer was sufficiently “engaged” for purposes of enforcing the statute.

Plaintiffs further alleged that the statute imposed a duty on AEG and Levy to ensure all employees were properly classified.

Defendants moved for summary judgment. In support of their joint employment theory, Plaintiffs offered the contractual agreements between the entities to show AEG and Levy exerted substantial control over the vendors’ working conditions, including “what [the vendors] s[old], where they [worked], the price [of the products they sold], their appearance, their dress and even what they [could] say when they [we]re selling products.” With respect to the 226.8 allegation, Plaintiffs provided emails from a Levy human resources representative showing Levy was aware that Canvas paid the vendors on a commission-only basis and that Levy openly questioned Canvas whether the pay practice violated wage and hour law.

Plaintiffs also presented evidence that Levy had directly hired vendors for AEG and had classified those workers as employees.

The trial court denied the motion for summary judgment but granted summary adjudication as to the 226.8 claim, holding that the language “engage in” required an affirmative act on the part of an employer, not just mere awareness, and therefore limited liability to the employer that actually made the misclassification decision.

The court of appeal overruled, holding that the term “engage in” was entitled to a broader interpretation than if the Legislature had simply drafted, “It is unlawful for any employer to commit a willful misclassification” or “It is unlawful for employer to willfully misclassify an employee,” implying that an affirmative act was not necessary to trigger liability under the statute. Further, the appellate court held that imposing liability on employers who merely have knowledge of the misclassification but take no action to remedy it was consistent with the statute’s objectives, as reflected in the legislative history of Sections 226.8 and 2753, in which lawmakers were concerned with the societal consequences and the negative impact on state tax revenue willful misclassifications could have.

The court of appeal also held that an expansive interpretation of the term “engage in” was consistent with California’s broad construction of labor statutes to create a remedial framework of worker protection.[i] However, the appellate court declined to extend liability under agency or joint and several liability principles to joint employers who had no knowledge that their co-employer willfully misclassified their joint employees, holding that the term “engage in” required participation in the scheme through either an affirmative act or an omission, i.e., a failure to remedy.

The court of appeal further held that Section 226.8 does not provide a private right of action, but instead must be enforced by the Labor Commissioner (DLSE) or through a representative Labor Code Private Attorneys General Act of 2004 (PAGA) action, as Section 226.8 provides for a civil, not statutory, penalty. Accordingly, the appellate court affirmed the trial court’s summary adjudication of Plaintiffs’ cause of action seeking to collect a civil penalty on behalf of each misclassified employee, but noted in footnote 15, “Nothing in our analysis precludes plaintiffs from pursuing enforcement of section 226.8 through their PAGA claim.”

If you would like to speak to a Los Angeles employment lawyer, please contact Feldman Browne, APC now to discuss your potential case. If you’ve never met with an attorney before, don’t be intimidated, here’s what you can expect when meeting with a lawyer for the first time. First consultations are free.