Certification of a Broader Class than That Originally Requested by Plaintiff Effectively Amended the Complaint, Thereby Justifying Subsequent CAFA Jurisdiction/Removal Even After Initial 30 Days 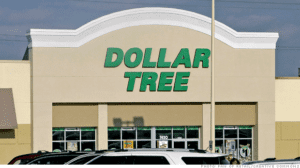 In both cases, the Ninth Circuit held that defendant-employers’ 30-day removal clock starts ticking when employers first become aware of a change in the pleading that “reveal[s] a new and different ground for removal.”[ii]

Reyes initially filed an amended complaint in state court defining the class as employees who “worked without another manager at the same time, and per Defendant policy and practice, were not authorized and permitted to take fully compliant 10-minute rest breaks.”[iii]

Because Reyes had pled that Plaintiffs “regularly” missed their rest breaks, Dollar Tree interpreted that to mean – for remand purposes – that Reyes was alleging Dollar Tree had not authorized or permitted legal rest periods 65% of the time, an assumption which resulted in an amount in controversy estimate exceeding $5.5 million.

Reyes moved to remand, pointing out that his operative complaint also pled that the rest period violations occurred because “Class Members at times worked without another manager at the same time,” and that since Class Members only worked approximately one-third of the shifts alone the amount in controversy was $2.87 million.

Upon remand, and consistent with his representations to the trial court, Reyes amended his class definition to seek certification of a class of “all current and former non-exempt employees of Defendant who worked as Assistant Store Managers in California who worked without another Assistant Store Manager on the clock according to Defendant’s time records and without another Store Manager scheduled to work according to Defendant’s schedule records, and who worked one or more work periods in excess of three and one-half (3.5) hours.”[iv]

Dollar Tree again removed, this time on the basis that the district court’s new definition had created a class whose amount in controversy exceeded $5 million.

The Ninth Circuit held that, for removal purposes, the district court’s order certifying a broader class was “functionally indistinguishable” from an order allowing Reyes leave to amend his class definition.[vi]

Under CAFA, a defendant may remove either:

Thus, Dollar Tree’s motion was timely filed, and the district court was ordered to exercise jurisdiction over the newly certified class.

You believe you have a case, speak with an employment law attorney in Los Angeles. Contact Feldman Browne, APC to discuss your potential case. If you’ve never met with an attorney before, don’t be intimidated, here’s what you can expect when meeting with a lawyer for the first time. First consultations are free.