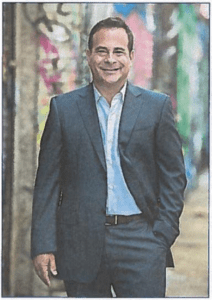 Plaintiff’s employment attorney Feldman said he has been interested in constitutional rights and discrimination since he was a child, and saw employment law as a natural fit. In 1998 he started the Feldman Law Firm, the predecessor of his current firm. Feldman and his partners have developed a reputation for aggressive litigation, representing individual workers against some of the largest and wealthiest employers.

“I really like the cases where you have a powerless employee who is terrified of going up against a big corporation with unlimited resources and teams of lawyers,” Feldman said. “I like evening the odds, turning the tables on the supposedly untouchable corporations doing things with seeming impunity.”

In the last two decades of fighting discrimination in the workplace, Feldman said he’s seen a steady decrease in overt acts of racism. But in the last 18 months, racism in the workplace seems to be on the rise, he said.

“With the advent of Donald Trump and his presidential campaign, where he’s blurting out any racist thing that pops into his head, the closet racists seem a lot more willing to come out and openly express their racist beliefs publicly, and I think that’s beginning to seep into the workplace,” Feldman said.

On the other side of the coin are cases like the one Feldman recently filed on behalf of an instructor at fitness company SoulCycle Inc.  Lindsay Buckley claims that a black colleague mounted a racially motivated smear campaign against her because she is white. Buckley v. SoulCycle Inc. et al., BC663188 (L.A. Super.Ct., filed June 1, 2017).

Buckley is suing SoulCycle and the fellow instructor. She alleges that Angela Davis launched a campaign of harassment, retaliation, and defamation against her after Buckley gave a motivational speech to one of her classes following the presidential election. Buckley claims she was wrongly labeled a racist and Trump supporter, and subsequently fired.

Feldman said in cases like Buckley, false accusations of racism can ruin reputations and desensitize the public to incidents of real racism in the workplace.

“It makes it much harder for somebody who is actually reporting true racism,” Feldman said.